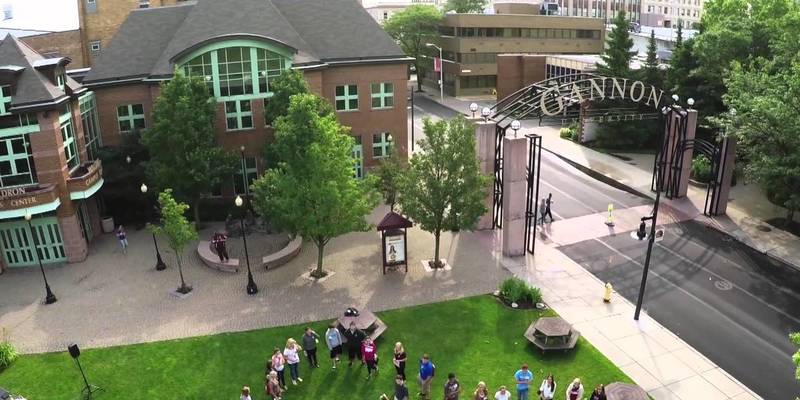 Gannon College of Arts and Sciences, founded as Cathedral College under the 1925 charter of Villa Maria College, was established by then-Archbishop John Mark Gannon, who in 1941 purchased one of the most elegant buildings in downtown Erie—the Strong Mansion (now known as Gannon’s "Old Main")—as the current campus’ central site. Renamed Gannon College in 1944, it received its own charter as a four-year men’s college. In 1964, Gannon became co-educational and established a graduate school. In 1979, the college attained University status.

Gannon is a Catholic, Diocesan university dedicated to excellence in teaching, scholarship and service. Our faculty and staff prepare students to be global citizens through programs grounded in the liberal arts and sciences and professional specializations. Inspired by the Catholic Intellectual Tradition, we offer a comprehensive, values-centered learning experience that emphasizes faith, leadership, inclusiveness and social responsibility. We are located in Pennsylvania's fourth largest city and one of the busiest ports on the Great Lakes. Gannon’s urban campus, in the middle of downtown Erie, is within a two hour drive of Cleveland, Buffalo, and Pittsburgh. Our unique location and facilities create a special atmosphere conducive to learning, scholarship, research, service, and personal growth.

With approximately 20,000 students within a 20-mile radius, Erie, Pennsylvania is a college town. Right next door to Gannon's downtown campus, you'll find internship opportunities and co-op jobs with government agencies, local businesses and hospitals.  Explore museums, galleries, theaters and restaurants right in the heart of the city, all steps away from Gannon-and seven miles of Lake Erie beaches close by.

Some of the popular programs offered by Gannon University