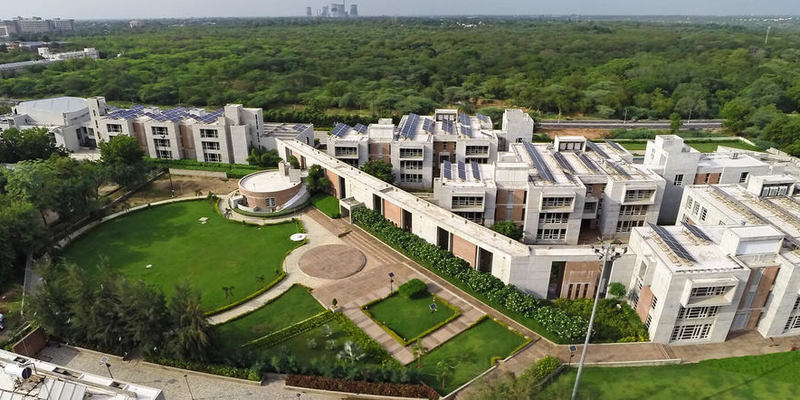 The Gujarat Forensic Sciences University is the world’s first and only University dedicated to Forensic and allied Sciences. It was established by the Government of Gujarat through an act passed by the Gujarat Legislative Assembly dated 30th September, 2008 with an objective of fulfilling the acute shortage against increasing demand of forensic experts in the country and around the world. Evidently, the University became functional from July, 2009 onwards with various courses, scientific programs and training modules. The University was recognized by the University Grants Commission (UGC) as a State University under section 22 of UGC Act, 1956 to award degrees in May, 2011. It is located in the green and clean city of Gandhinagar which is the capital city of Gujarat state, a vibrant, industrious, safe and business friendly state of Indian sub-continent.

The University is segregated into three academic departments, namely Institute of Forensic Science (IFS), Institute of Behavioural Science (IBS) and Institute of Research & Development (IRD). Due to the advanced and specialized courses run by each of the institutions of the University, it currently offers only postgraduate level academic programs. Maintaining excellence in education, research, and patient care with appropriate facilities within this University encourage collaborations across multiple disciplines and skill sets.

The University has built a Hi-tech Green Campus with State of the Art infrastructure and it is proceeding for Green Building Certification.

Some of the popular programs offered by Gujarat Forensic Sciences University