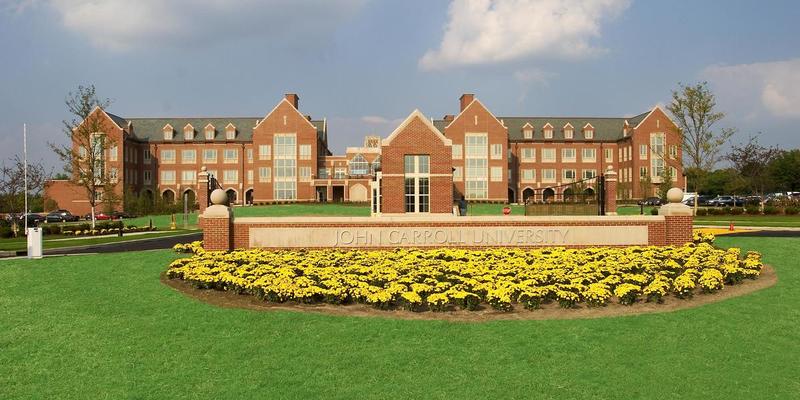 John Carroll is a private, coeducational, Jesuit Catholic university providing programs of study in the liberal arts, sciences, and business at the undergraduate level and in selected areas at the master’s level. Founded in 1886, JCU is one of 28 Jesuit universities in the United States and has been listed in U.S. News & World Report magazine’s top 10 rankings of Midwest regional universities for more than 20 consecutive years. According to Bloomberg Businessweek, John Carroll is #1 in the nation in preparing students for employment.

The University finds the source of its inspiration in the experience of Saint Ignatius of Loyola and the centuries-long commitment of the Society of Jesus to academic excellence and service to the common good.

The Jesuit Catholic character of John Carroll University is a single reality based on the integration of faith and culture. It represents a commitment to a church within the world, serving the human search for truth and value, and for justice and solidarity. It also represents a reverence for the transcendent vision that Christ preached and lived as the ﬁnal best expression of human fulﬁllment.

Some of the popular programs offered by John Carroll University