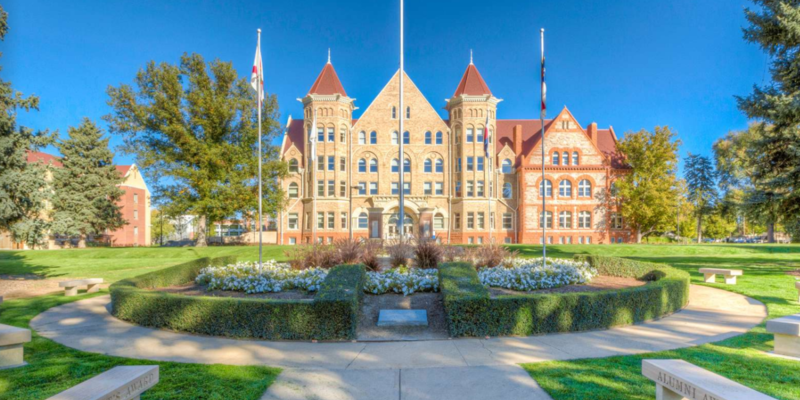 The maturation of the Rockies’ largest city into a cultural center made Denver the perfect metropolis in the West for JWU to bring its entrepreneurial spirit. JWU’s unique educational approach was recognized by civic leaders — particularly the Coors family and its foundation, which have generously supported the university’s mission. In 1999 JWU acquired a 10-acre traditional university campus that once housed Colorado Women’s College and later the University of Denver Law School.

The campus’ latest renovation project turned historic Mason Hall into the Wildcat Center, a 21st-century athletic facility. The building was built in 1946 during the days of the Colorado Women’s College. Originally a dining hall, gymnasium and student lounge, the space was a great fit for its time but proved inefficient for the size of JWU’s current student body. Expansion has been cleverly configured within the existing building shell, preserving the historic nature of the building’s facade.