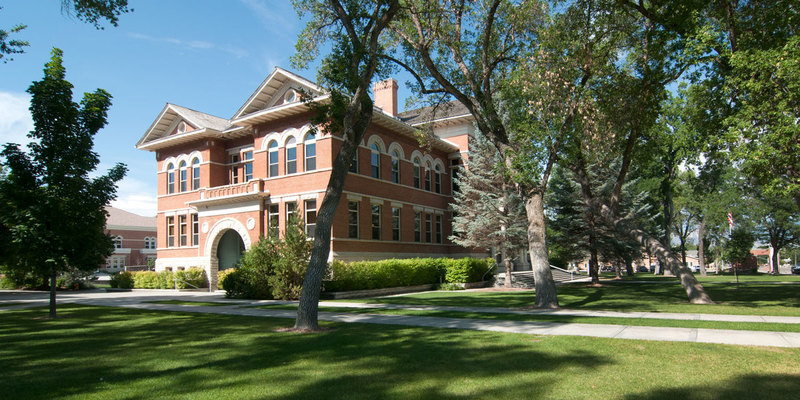 Founded in 1888 by Danish Mormon settlers for the purpose of educating themselves and their children, Snow College was first called Sanpete Stake Academy. Built entirely with local donations, the school had a rocky start as the locals struggled to finance their dream. The first class of 150 students met on the top floor of the Co-op Store; a building which still stands today, located on the corner of Main Street and First North.

In 1900, financial woes sent the school's principal Mr. Noyes to LDS Church headquarters to plead for Church assistance for the school, and Church President Lorenzo Snow authorized $2,000 as that year’s appropriation. In gratitude, the Sanpete patrons named their school Snow Academy after Lorenzo Snow and, at his request, after another early Latter-day Saint pioneer, Erastus Snow. The name of the school was changed to Snow Junior College in 1922 and finally to its present name of Snow College in 1923. The George S. and Delores Doré Eccles Center was built to house the newly created Fine Arts Division, and the Karen H. Huntsman Library was constructed along with a 400-bed student housing complex. In 2018 the Graham Science Building was completed and capital improvements on both the Ephraim and Richfield campuses are currently underway.

Some of the popular programs offered by Snow College